Where do open borders work? 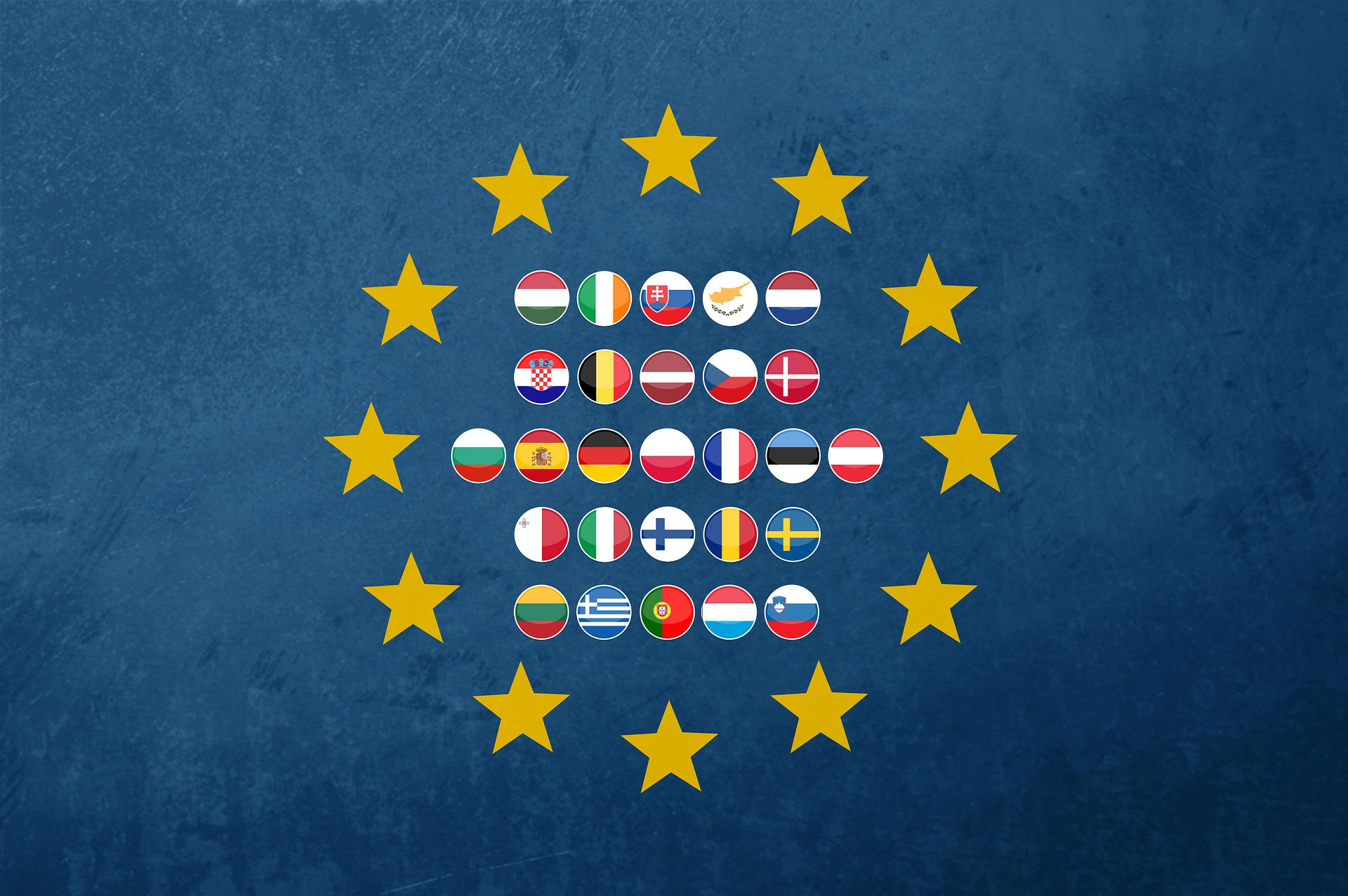 Image by conolan from Pixabay

They work within the European Union. At least to some extent. It is worth learning more about this policy in the context of the unresolved-for-decades mess at the U.S.-Mexican border.

There was a wall dividing Europe

After WWII, the Soviet Union expanded its influence, separating itself from Western Europe with the Iron Curtain, as Western Europeans called it. The Berlin Wall, splitting a major city, was its most visible example.

Isolation did not benefit countries behind the Iron Curtain. Economically, Western Europe grew much faster. Western politicians accepted that in the developed world, everyone gains through peaceful cooperation. The economic cooperation agreements gradually expanded, and in the 1970s, the idea of a united Europe as one economic entity crystalized. Not long afterward, the migration restrictions within Western Europe began to gradually disappear, ending with practically open borders within a majority of member nations.

The Soviet Union and its satellites fell behind. By the end of the 1970s, my native Poland practically became bankrupt, and the 1980s were a decade of economic disarray and political oppression. In 1989 the Soviet political system collapsed. The Soviet Union dissolved by the end of 1991. Almost overnight, the Iron Curtain was reduced to rubble.

When Poland was still behind the Iron Curtain, many Poles thought about getting out; very few could. The running joke was that if one day the borders opened, all Poles would leave, and the last one would turn the lights off. There is wisdom in this joke because regardless of how many people might declare the intention of emigrating, very few do it. The European Union leaders might have known that when they agreed to integrate Poland and other post-Soviet countries into the borderless European Union.

In the early 1990s, there were reasonable concerns that millions of Polish migrants might flood Western Europe, derailing the concept of a united Europe. Hence, for several years there was talk about opening the borders without doing it. In the meantime, the economies in the post-Soviet countries stabilized. At the time of their accession to the E.U., the discrepancies in the standard of living and earning potential between the E.U. nations and the post-Soviet countries still were significant, but the conditions that might drive millions to leave desperately were gone. 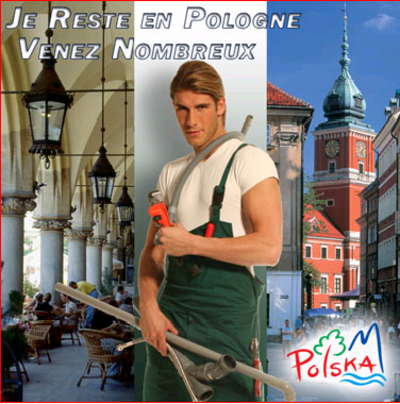 In 2004 Poland – together with Czechia, Cyprus, Estonia, Latvia, Lithuania, Hungary, Malta, Slovenia, and Slovakia – joined the European Union. But only Ireland, Sweden, and the U.K. allowed citizens of the new member countries to work there without restrictions. Other countries postponed it for a few years. It became an igniting political issue in France, where some politicians warned that Polish migrant workers would put on unemployment about one million Frenchmen. A Polish plumber became a synonym of that danger. A Polish tourist agency ridiculed this view by spreading in France a poster showing a Polish plumber saying: “I am in Poland. Come en masse.”

And then they went en masse

When I visited Gdańsk in the fall of 2005, almost every other store window on the main street displayed ads for jobs in the U.K. or Ireland. For jobs requiring at least some English, they offered expediated English classes. Years later, scientists credited these employment agencies for the rapid migration. Thanks to brokers, Poles with no connections abroad could find jobs in nooks all over Ireland, Sweden, and the U.K.

The Polish government estimated that in 2003 about 750,000 Poles (about 2% of the population) lived and worked temporarily abroad. Some did so thanks to personal ties; some as self-employed, using loopholes in employment restrictions; others illegally. Logically, the Polish government estimated that with the borders opening, there would be no more than an additional 100,000 willing to try their good luck abroad. They missed the mark tenfold. Within three years, more than one million left, about 3% of the population.

Parallel, the Brits estimated that within the first decade, net inflow would be no more than 13,000. More than 100 times that number arrived. That estimate was based on the assumption that all 15 of the old European Union nations would open their borders to the new members. At the last minute, other countries – except Ireland, Sweden, and the U.K. – postponed opening their borders. Even with this correction, British authorities underestimated big-time the scale of migration, even though some scientists were more accurate in their predictions.

Most importantly, all hell did not break loose

In the early 2000s, about 300,000 more young Poles entered the labor market than in the previous decade. They were an echo of the baby boomers of the previous generation. Many were well-educated and spoke English. At the same time, the Polish economy emerged from its socialistic indolence. In practical terms, the economy became more efficient; ergo, many people lost jobs. Unemployment was at its peak, around 20%. The most adventurous among these young and mostly well-educated went to work in the U.K. and Ireland.

At that time, the salaries for similar work were about three times higher in Western Europe than in Poland. Many Poles in their prime, mostly 25-40 years old, saw it as an opportunity for advancement. They took a shot at their good luck abroad as well. As a result, Poland lost hundred of thousands of good workers. The unemployment numbers went down, but labor shortages became evident because about 80% of the unemployed did not meet the requirements for the jobs offered. Coincidentally, many Ukrainians sought better opportunities abroad as well. They found them in Poland. Presently, about 500,000 of them work in Poland, as well as about 250,000 other foreigners.

In the U.K. and Ireland, most Poles started with jobs below their qualifications and on the lower end of the pay grades. But those with good skills quickly advanced. Those who did not find their comfort zone returned home. The economy absorbed much more than the anticipated influx of foreigners because they went to places where the business owners saw growth opportunities and previously did not have the workers available locally.

Then everything became boringly normal

Because of the size of the economy, the U.K. absorbed the big chunks of migrants from the new European Union nation members. In 2004 foreign-born residents were only 5.3 million, or about 9%, of the U.K. population. Now they are 9.5 million, or 14%, of the population. In the United States, foreign-born are 13.7%. 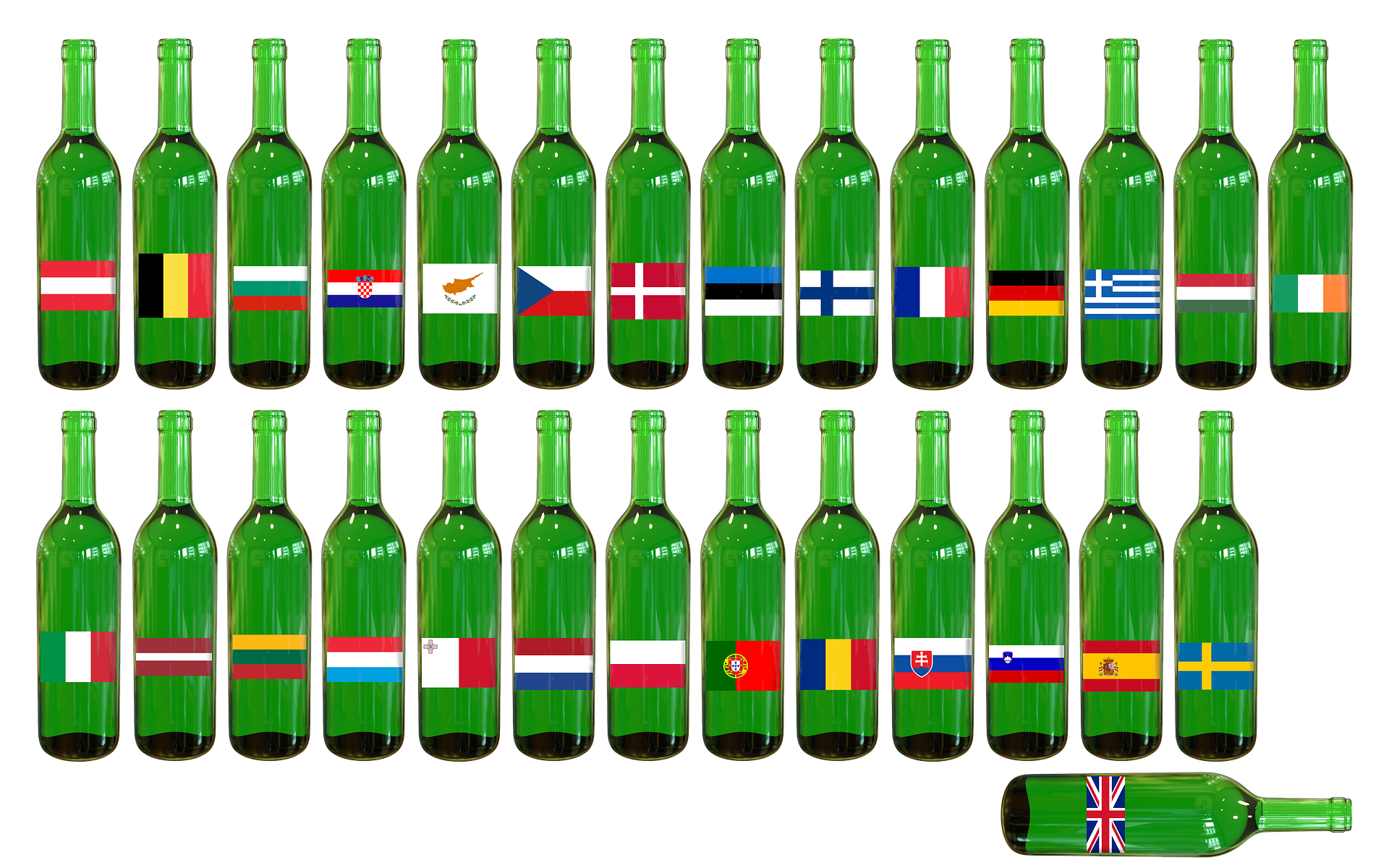 Image by conolan from Pixabay

In a relatively short period, the number of immigrants in the U.K. almost doubled. It rejuvenated the ongoing anti-immigration sentiments among the Brits. Many of them voted for Brexit to stop immigration, despite only about half of the new immigrants having arrived from the E.U. nations. But they were more visible because almost half of them were from one country, Poland. Poles have a reputation for being successful in the U.K. Reading interviews with Poles harassed by Brits, one can see that tone of envy that Poles got jobs that British employers did not offer to their compatriots.

In 2002 foreigners were only 5.5% of the population of Ireland, but 10.1% in 2006. Most of the increase was from the new European Union members; Poles were about half of them. During the recession in the years 2008-2010, many immigrants left, but after that, the population of foreigners climbed to 11.6% in 2016. Since then, it has hovered around 12%. It is harder to estimate this number by the place of birth because many Irish who emigrated in the 1990s return home with their children born abroad.

Interestingly, the shockingly big inflow of immigrants in 2004-2006 did not cause anti-immigration sentiments in Ireland. It was almost the opposite; the Irish were curious to find out more about their new neighbors. They peeked into the Polish stores and checked Polish food. The Polish Lottery sold there gained some popularity in Ireland.

Studies show that Ireland, Sweden, and the U.K., which opened their borders in 2005, received better-quality migrants than other old European Union nation members, which allowed unrestricted migration in 2011-2013. Statistically, the first wave of Polish labor migrants consisted of more young, well-educated people with entrepreneurial drive.

During the recession of 2008-2010, many Poles living abroad returned home. The number of Polish migrants in the U.K. stabilized around 800,000, and in Ireland, it is around 120,000. The migration in the following years has been more tempered. The recent opinion poll of Poles in the U.K. showed that about one-quarter of them are doing well and decided to stay for good, about 60% consider leaving in the unspecified future, and the rest might go soon. After 2016 the net balance of migrations in Poland is close to zero.

The excitement is on the United States-Mexico border 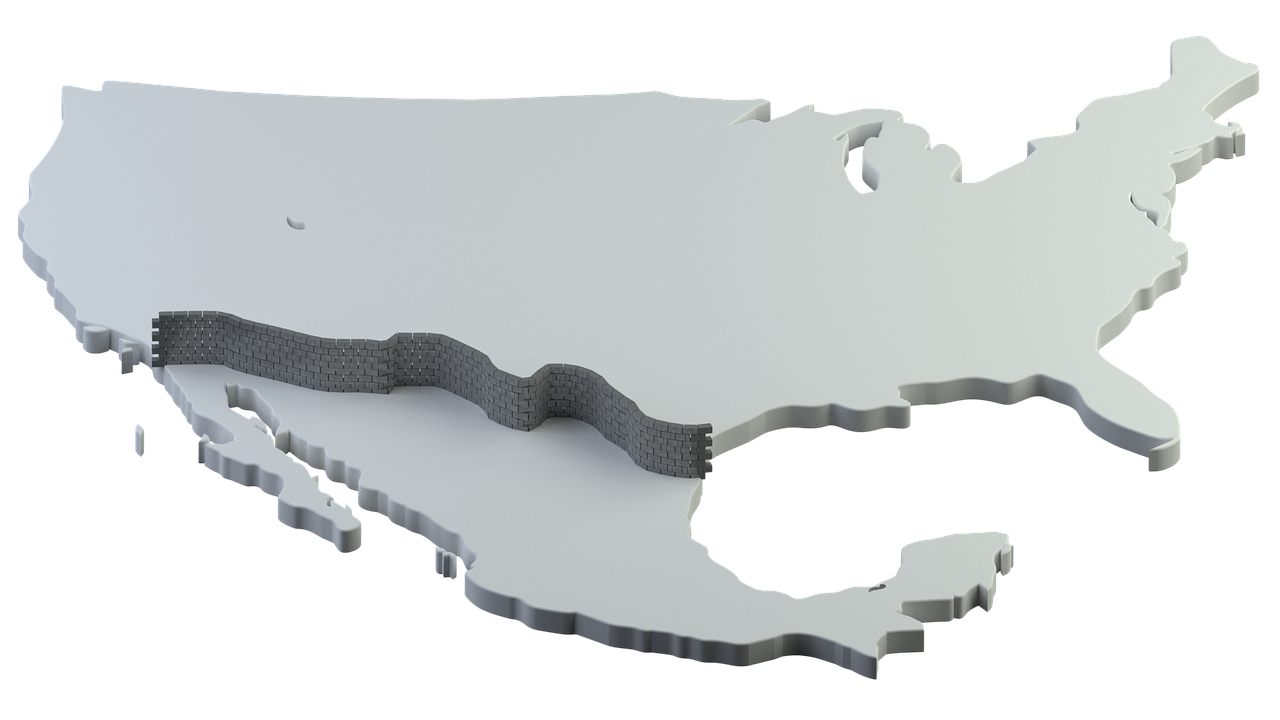 The Europeans opened their borders for migrations, and it worked for them.

At the same time when the European Union worked on the integration of the former Soviet Bloc countries, the North American Free Trade Agreement (NAFTA) was agreed upon between Canada, Mexico, and the United States, and signed in 1992. The crucial difference between the European and American approaches is that NAFTA did not include provisions for the free cross-border labor movement as a part of the economic integration. For Americans, foreign labor is not a part of the economy; it is the domain of politics. When politics aspire to rule the economy, both fail. The Europeans knew that 30 years ago; the Americans still do not get it.