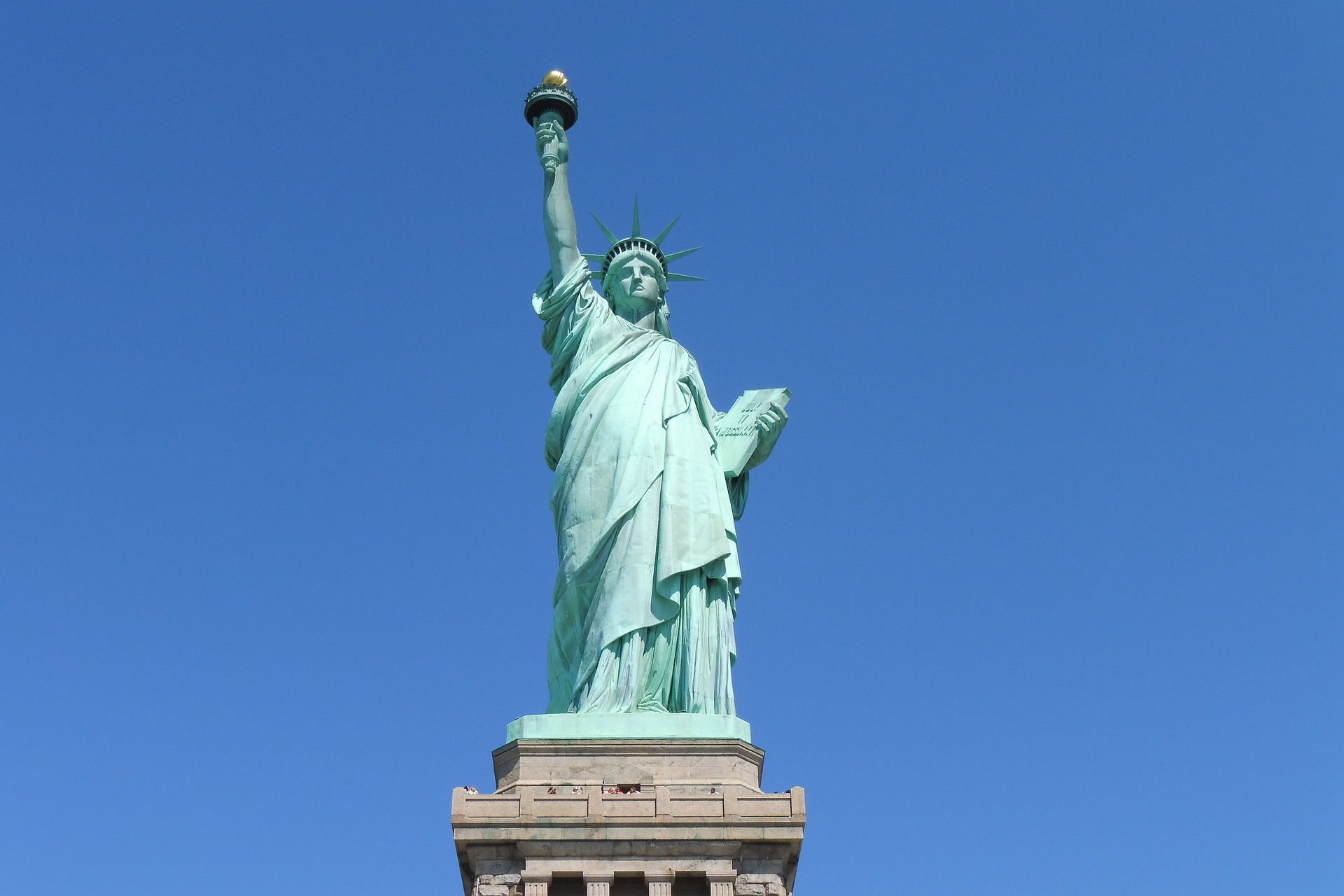 The immigration policy in the United States originates from the intuitively reasonable assumption that we cannot let everyone in as they please. On TV, we can see the chaos at the border despite the restrictive immigration laws. Without them, it would be much worse, commentators imply. At least that storyline dominates in the mainstream media and on Medium. Scientists have different opinions, but their voices are on the fringes because they do not fit the dominating political narrative.

Engineers have an easier life. When they disagree about which machine works better, they can endlessly produce various versions and test them in a controlled environment. Then, it is obvious what works, what does not. As a result, our cars, washing machines, or refrigerators work much better than American immigration policy.

Unfortunately, we cannot have these kinds of experiments on the live body of our economy. At least that is what politicians and media pundits tell us, but – hold on – The Royal Swedish Academy of Sciences, which awards Nobel Prizes in economic sciences disagrees. In 2021, it gave the Nobel Prize for research into “natural experiments,” understood as random events that somehow deviate from the norm. The novelty is that analysis of these occurrences can substitute for tests that engineers run in a fully controlled environment.

In 2021, professor David Card from the University of California was the primary recipient of the Nobel Prize in economic sciences. He got 50% of the prize. The remainder was split between professor Joshua D. Angrist from the Massachusetts Institute of Technology and professor Guido W. Imbens from Stanford University.

Justifying its decision, The Royal Swedish Academy of Sciences lists Card’s study about the Mariel boatlift.

At the beginning of 1980, Cuba was experiencing economic problems. Many Cubans tried to escape. Political turmoil erupted, and in an unexpected move, Fidel Castro declared that everyone who wanted to leave Cuba could do so if someone picked them up in a boat at the port of Mariel. The Cuban community in Miami mobilized and brought 125,000 Cubans to Miami within six months. There was no regular immigration screening. Whoever got on the boat in Cuba landed in Florida. In this case, the intricate process of admitting immigrants ceased to function. Some of the political prisoners arrived from Cuba, but Castro also added a few thousand common criminals and patients of mental hospitals, and – some suspected – spies as well. It took years for immigration officers to figure out who was who and deport at least some criminals. It was that natural experiment that The Royal Swedish Academy of Sciences recognized as a novel venue in economic sciences.

About half of Mariel’s arrivals settled in Miami. Suddenly the Miami labor force increased by 7%, and the community of Cuban immigrants there became 20% larger. It was a major disruption of life in Miami. If politicians and pundits dominating our political conversation were right, the sky should have fallen. Nothing like that happened. Miami absorbed the unexpected migrants almost flawlessly. The most deficient was the cooperation between local and federal agencies. As it was an election year, the Jimmy Carter administration, already weakened by the Iran hostage crisis, was reluctant to make any bold decisions.

The crowning argument against increased immigration is that immigrants take jobs from Americans. It is an argument based on speculations, claiming to be scientific.

Card analyzed what happened to the labor market in Miami when suddenly massive, unfettered migration occurred in 1980. The city used this influx of immigrants to invigorate the business activity. More importantly, even Americans with few skills did not suffer from increased unemployment or lower wages. Immigrants mostly took jobs where English was not required, but with the increased business volume, new opportunities arose for natives, where knowing English was critical. Higher unemployment was observed only temporarily among those previous Cuban immigrants who had not learned English.

Other natural experiments in immigration

The Mariel boatlift was in 1980. Card published his analysis 10 years later and got the Nobel Prize for his work in 2021.

In 2016 professor Joel S. Fetzer published a book, “Open Borders and International Migration Policy: The Effects of Unrestricted Immigration in the United States, France, and Ireland.” In his study, Fetzer started with the aforementioned earlier analysis by Card but added two more cases and expanded his research.

A similar case to that in Miami happened in Marseille, France, in 1962. By the middle of the 19th century, France had conquered Algeria. In 1954, Algerians started their fight for independence, which turned into years of a dirty war that ended in the summer of 1962. The French evacuation from Algeria was an even bigger mess than the recent U.S. evacuation from Afghanistan. About one million Europeans in Algeria and about a quarter of a million Algerians in the French administration and military there feared for their lives. In 1962, they arrived in France. No one in France had made any preparation for their arrival. Many of them settled in Marseille. Within a matter of months, the population of the Marseille region increased by 11%.

The second case added by Fetzer was Dublin, Ireland, in 2004-2006, when guest workers from the new European Union member states could arrive without restrictions. I write about that instance in my article “Where do open borders work?”

Using the same method as Card in the case of Miami, Fetzer analyzed the impact of uncontrolled immigration on the labor market in Marseille and Dublin. But he checked as well for all three cities how the unexpected migration affected public finances, the housing market, schools, crime, ethnic voting, and racial violence.

The sky did not fall

There were politically motivated hostilities against the unexpected waves of new immigrants in Miami, Marseille, and Dublin. In the case of the first two cities, migrants were force majeure; the basic human compassion and the determination of authorities to help the refugees were the calming factors. In the case of Dublin, Ireland’s government firmly stood behind its bet that new immigrants would spur economic growth.

Similarly, like Miami, Marseille absorbed new migrants. Politicians from labor unions were complaining, but there was no noticeable increase in unemployment among natives, compared to similar cites in France: Lille, Nantes, and Lyon, which did not receive a significant number of refugees from Algeria. Interestingly, the wages in Marseille increased slightly more than in the comparable cities.

In Dublin, and Ireland as a whole, immigrants arrived en masse, not due to some unexpected event, but because the government opened that possibility. When American politicians talk about increasing immigration, they plan how many immigrants with particular skills our economy might need years ahead. I write about it in my article “Migration manipulation.” The Irish were more humble. They invited people from the new European Union countries to seek jobs in Ireland. They did not know how many of them would come. Between 2004 and 2006, the population of Ireland increased by about 5%. In the beginning, seeing immigrants coming by the thousands, some politicians raised objections. But soon, to their disbelief, everybody could see “workers wanted” signs everywhere. There were enough jobs for everyone. Immigrants contributed to the “boom, which was in fact, the longest recorded period of continuous growth in the Irish economic history.” From the book by Fetzer, I am quoting James Wickham, a Dublin-based scholar of the Irish labor market.

Other side effects of unrestricted immigration when it happened

Immigration opponents claim that new immigrants cause more crime. It happened in Miami after the Mariel boatlift. In the following years, Miami was called the murder capital of the United States. The criminals that Fidel Castro sent from prisons kept doing in Miami what landed them behind bars in Cuba in the first place. Fetzer quotes Sergio Pereira, a Dade County official, that the problem eliminated itself because “they were killing each other.” Immigrants did not cause any major problems in Marseille and Dublin, despite a few incidents in Ireland when drinking Poles got into fights, and some pulled a knife.

All three cities observed a short-lived uptake in theft and other petty crime. It is known that when people move to a new community, where they feel anonymous, they are more tempted to commit petty crimes that they never did before. But it could be only a part of the story because there are records of local thugs robbing vulnerable immigrants in Marseille. That could be a factor in the other two cities as well.

As expected, rents for apartments went up in all three cities, but within two years, they returned to the levels typical for comparable areas.

Interestingly, schools in all three cities quickly accommodated the new pupils. It was a little easier in Miami because many locals moved their children to private schools, fearing interactions with criminals. In Ireland, new immigrants started by settling in low-income neighborhoods, but often, they had better educations and higher aspirations than the natives. They directed their children to get a college education as well. It was noticed that classmates of these immigrant children were inspired, discovering that higher education was within their reach, but not encouraged by the family or the community.

Let us look at the money

In both Marseille and Miami, it is hard to see clearly how immigrants affected public finances. National governments and charities assisted with emergency needs. But it was an extra burden for the local communities as well. It appears that both cities fared well, but there is a broad range of interpretations. 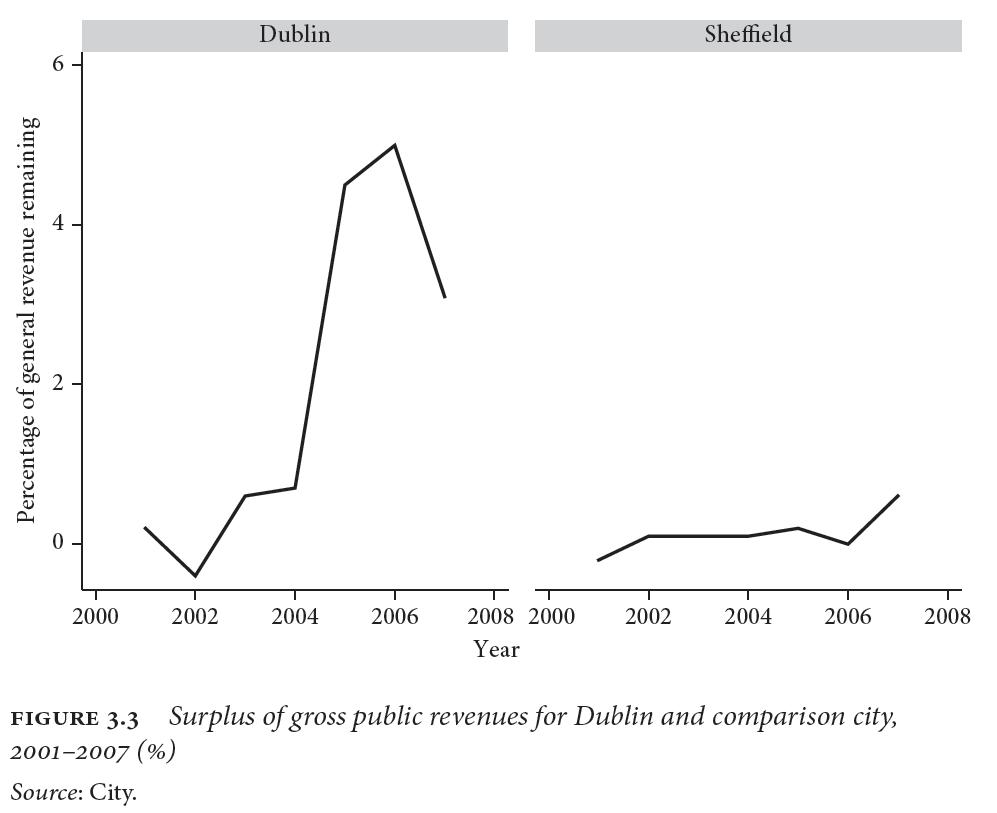 From the book by Joel S. Fetzer

Ireland is a simple case. Immigrants might have been coming in the thousands, but none of them was expecting anything but getting a job. When they started working, they paid taxes. The taxman got his share when they rented an apartment or went shopping. Immigrants were mostly young, healthy, often single. Their employment ratio was higher than the general population’s; on average, per person, they paid more in taxes than the natives.

Fetzer shows a chart comparing the surplus of public revenues for Dublin and Sheffield, a comparable city in England. It was a bonanza for Dublin.

It is wise to have an immigration policy that minimizes uncontrolled mass migrations as in the case of Marseille in 1962, Miami in 1980, or the current havoc on the border with Mexico. It is a no-brainer that the policy that worked for Ireland about 15 years ago is the best way to go. When the Irish offered employment for foreigners, their economy absorbed a 5% population increase, giving them an economic boost.

The population of the United States is about 330 million; 5% of that is 16.5 million. Suppose we want to buy ourselves a decade of prosperity. In that case, we need to push aside our elaborate immigration policy and send to the world a simple message that whoever can find a job in the United States is welcome to come and start working. And we should be prepared that about 16 million immigrants may come in a short period.